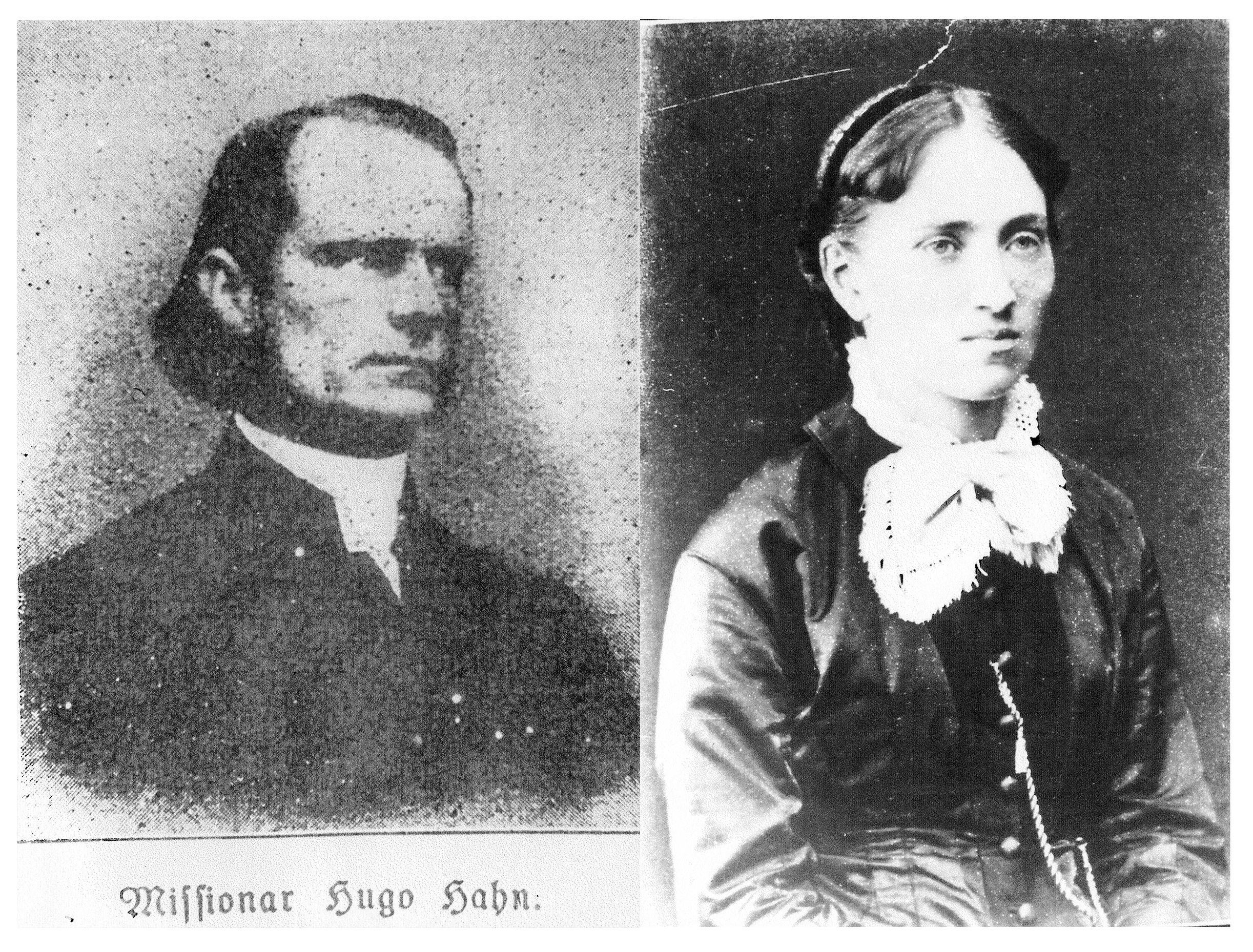 Carl Hugo Hahn left his birthplace in Russian Latvia to join the Rhenish Missionary Society in Germany in 1838. Graduating in 1841, he arrived in Cape Town in the same year. He was sent to South West Africa as a pioneer missionary where he was to try to extend the Rhenish Mission Societies reach in what was then the ‘Great Namaqualand and Damaraland’. He lived and worked in Southern Africa for the rest of his life. He is renowned for his linguistic work, becoming fluent in Otjiherero and translating the New Testament into the Herero language. He also drafted an Otjiherero grammar and first disctionary. He received an honorary doctorate for this work from the University of Leipzig in Germany. Uerita Johanna Gertze, a member of the Hahn household, domestic servant and interpreter, fluent in Herero, English, German, Nama and Cape Dutch, is likely to have played a major role in this work, though she is still not co-credited with these achievements.
On a visit to Cape Town in 1843 Carl Hugo Hahn met Emma Hone, a devout English missionary who had left home for South Africa sponsored by the ‘Society for female education in the East’. On her arrival in Cape Town she had taken up a temporary position as Superintendent of the school attached to the Lutheran church. After meeting her only twice Hugo Hahn was moved to ask for her hand in marriage. He wanted her to leave with him for South West Africa immediately. The story goes that she was so surprised by the proposal that she at first refused him. But as soon as he had departed for the South West she changed her mind and sent a letter after him poste-haste. When he eventually received the letter he turned his oxen and waggons around to return to Cape Town for her. She in the meantime decided she couldn’t wait any longer and hurried forth to catch up with his party. They met on the 3rd of October in Komaggas and were married there on the spot.
Hugo Hahn, pioneer, trader, explorer and linguist, was not a successful missionary and in 1873 he retired from the Rhenish Mission Society and returned with Emma to live in the Cape. He was welcomed back to the Herero lands in 1882 as a peacemaker. He died in Paarl in 1895 where he was pastor for the Lutheran Church, his son Carl Hugo Hahn junior serving as assistant pastor. He is buried beside Emma and the
inscription on his grave reads:
“Your Kingdom come.”
Uerita Johanna Kazahendike Gertze joined the Hahn household in Otjikango in 1848/9 when she was about 11 years old and moved with them to
Otjimbingwe, in 1855. She travelled extensively with the Hahns, to and from the Cape and also to Germany. She was indispensible to Hugo for the work she did with him on his linguistic projects. Johanna eventually returned to Otjimbingwe in 1862 where she married Samuel Gertze. She worked from the mid 1890s as a mid-wife, helping both white and black women to give birth. She was also a pharmacist. She died in Otjimbingwe in 1936 at the age of 99.